The fact that Herschel Walker barely lost his

demonstrates beyond a doubt that

CANDIDATE WOULD HAVE WON

This is kind of important. Raphael Warnock’s victory Tuesday night gives the Democrats a 51-seat majority in the Senate — 52 with the vice president. Moderate Democrats are irrelevant now. It’s going to be pedal to the metal for the progressive left.

We have to get to the bottom of who chose Herschel.

OH! Look — it was Donald Trump.

In March 2021, Trump put out this statement:

“Wouldn’t it be fantastic if the legendary Herschel Walker ran for the United States Senate in Georgia? He would be unstoppable, just like he was when he played for the Georgia Bulldogs, and in the NFL. He is also a GREAT person. Run Herschel, run!”

It’s not as if running for office had been Walker’s lifelong dream. Trump picked him. Why? Because Walker had played for Trump’s United States Football League and was a contestant on “Celebrity Apprentice.”

That’s how Trump picks candidates. He knows the guy.

The former president is now responsible for losing three successive Senate seats in the state of Georgia. That’s in addition to losing 40 House seats in the 2018 midterms, losing the presidential election in 2020, and losing seat after seat in this year’s midterms — a year that should have been a Republican sweep. Instead of crime, the border and inflation, Trump demanded that GOP candidates fixate on his “stolen” election.

But it’s Georgia that got the full benefit of the Trump magic.

After the 2020 election, two runoff elections in Georgia would decide the balance of power in the U.S. Senate. When we really needed all hands on deck, Trump went down to Georgia and was a wrecking ball. He insulted everyone, refused to talk about anything but himself, viciously attacked the state’s Republican governor and secretary of state, blamed them for his loss, claimed the vote was rigged and told his supporters not to vote.

This isn’t California. We’re talking about Georgia. What’s next? Will Trump lose a Republican seat in Alabama?

Oh yeah, he did that, too, miraculously turning the seat vacated by his attorney general, the great Jeff Sessions, over to Democrat Doug Jones in 2017, then destroying Sessions’ bid for his old seat in 2020 with acrid attacks. The state of Alabama is now represented by Trump’s pick, Tommy Tuberville, the stupidest person in the Senate, bar none. (Except Sen. Patty Murray, obviously.)


Still enraged with his loss in Georgia a year after the 2020 election, Trump recruited a primary opponent to challenge the sitting Republican governor.

Guess who Trump got to run?

Former Sen. David Perdue, who happened to be available, having lost his runoff — because of Trump.

Driven by spite, Trump finally cracked open his $100 million political PAC to fund something other than his own businesses, giving a half-million dollars to Perdue to take out a GOP governor.

Another focus of Trump’s rage was Georgia Secretary of State Brad Raffensperger. Remember him? He’s the guy Trump called after the 2020 election, demanding that he produce another 11,780 Trump votes. Raffensperger won his primary this year by nearly 20 points.

I think the voters were trying to send a message: Please just give us a normal Republican.

Kemp and Raffensperger each won their reelections this year by 8 points. So we know the Trump price: 8 points. Trying to save Walker turned an election that should have been a cake walk into the most expensive race in the country — money that Republicans really could have used elsewhere.

Naturally, Trump refused to give Walker’s campaign any of that money he stole from small-dollar donors. (In addition to spending it on his own businesses, apparently Trump is using his campaign war chest on legal fees. He needs it!)

Tuesday night, conservative commentators responded to the debacle in Georgia by saying the Democrats had a better “ground game,” and Republicans need to get comfortable with early voting, etc. Not a word about how the candidate was forced on the party by Trump.

Aren’t you getting tired of losing?

By Casey Harper (The Center Square)

President Joe Biden raised eyebrows for his decision to drain the strategic petroleum reserve this year, but now lawmakers say Biden made a deal with Saudi Arabia “to lower gas prices before the election” only to implement Green New Deal policies once the election was over.

Comer sent letters to several Biden administration officials, demanding documents, records and communications on the the matter. One of those letters, dated Dec. 4, went to Secretary of State Antony Blinken, raising questions about Biden’s Saudi Arabia trip over the summer.

“The New York Times reported that Biden Administration officials believed President Biden’s trip to Saudi Arabia in August 2022 ‘could shore up a Saudi commitment to convince OPEC to increase oil production.’ Instead, on October 5, 2022, Saudi Arabia and the Organization of the Petroleum Exporting Countries and its affiliates (OPEC+) slashed production by two million barrels a day. According to press reports, this decision infuriated the Biden Administration officials who sought the deal to provide temporary fuel price reductions before the November midterm elections,” the letter said. “If the Administration is brokering secret agreements to the detriment of American energy producers and for campaign purposes, the American people deserve to know.”

Gas prices hit record highs this summer, surpassing $5 per gallon for regular gasoline, before dipping down again. The average price for regular gas nationwide is $3.40 per gallon, helped by about 200 million barrels of oil released from the Strategic Petroleum Reserve. Prices, though lower than the peak in June, are still much higher than when Biden took office.

would get prices down and help Democrats fend off midterm losses. OPEC announced it would cut production, which was expected to increase prices, but not until November. Whether intentional or not, this delayed most price increases until after election day. Notably, gas prices have steadily dropped in recent weeks, regardless of OPEC’s decision, at least for now.

Biden officials are reportedly looking at buying oil to restock the reserves, though at a high cost to taxpayers given the elevated prices. Critics say Biden used foreign relationships and American tax dollars to artificially lower gas prices before the midterm elections.

“Joe Biden released millions of barrels from the strategic reserve because in his mind, there was a huge emergency: Democrats were at risk of losing the Senate,” said Daniel Turner, head of the energy workers advocacy group, Power the Future. “And now America has perilously low reserves, and Biden will have to refill them at a premium, but this all makes sense when you understand all Biden has ever cared about is power.”

Biden has defended his energy policies, pointing out he got gas prices down from record highs earlier this year.

“Gas prices have declined by an average of $1.60 a gallon over the past 173 days and are now back to the levels they were at in early February,” Biden said. “That’s great news.”

Republicans and the energy industry have been blasting Biden for his energy policies, but climate change activists have praised Biden’s steps for the environment.

The investigation is one of several from Republican lawmakers emboldened by their new majority in the House of Representatives.

“Oversight Republicans have pushed senior Biden Administration officials for answers and will continue to seek their plans to reverse energy policies detrimental to the American people and our national security,” Comer said. “With the power of the gavel, we will hold the Biden Administration responsible for recklessly attacking a critical industry that provides the American people affordable energy and good-paying job opportunities.” 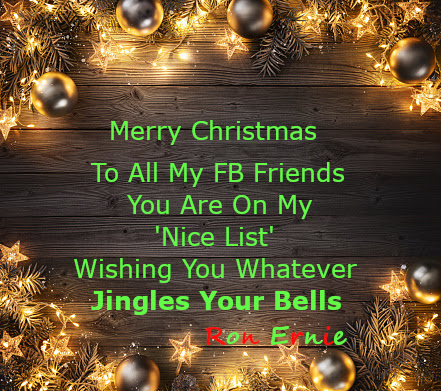