Thousands of readers around the world

NOTE: I've written so many stories that I can't always remember when I last sent them out, so if I send one again too soon, don't tell me. It would only make me cry.

My sister Virginia passed away Easter weekend, 2002,
after a prolonged stay in hospitals and nursing homes.
Much of her suffering during the last few years
was due to horrible healthcare workers, arrogant doctors,
and the wrong medications they prescribed.

Ginny deserved better.
She was in poor health and nearly blind most of her life,
and was the closest thing to a saint I've ever encountered.
She was cheerful and funny even after all her suffering,
and never hurt anyone in her life.

The call came in on our private line,
known only to friends and relatives,
and the Caller ID said "BLOCKED NUMBER".
I never pick up on blocked calls, but this time I did.
It was, after all, our private number,
and I thought maybe somebody close to us might be in trouble.

It was Virginia.
I know that voice, probably better than my own.
I was covered with chills and goose pimples from head to foot,
and had to hang on to something to keep from falling.

At first the voice was soft and distant, and I said "Hello?"
Her tone sounded desperate and pleading.
Then I recognized words: "I can't find my ball."

"Who is this?" I asked.
"I've lost my ball", she said a little more emphatically.

"What ball did you lose?" I asked.
I already knew who it was,
and I didn't understand any of this weirdness,
but my reaction was to try and help my kid sister.
The voice on the line started to fade away,
still pleading for help I couldn't give.

I called our sister Valerie and told her about the call.
We both got chills.
Val told me that Ginny had had trouble with one of her hands.
I think it was caused by a stroke.
She was given a ball to squeeze for therapy,
and occasionally the ball would get lost among the bed covers.
Val would enter the hospital room and ask Ginny how she was,
and the reply sometimes was "I've lost my ball".

We're trying to figure it all out,
and have found no easy answers.
Here's one remotely possible conclusion.
We had a lot of trouble with hospital staff,
and threatened to sue them more than once.
We may have gotten an employee fired, and angry at us.

This is pretty far-fetched, but barely possible.
A disgruntled employee could have recorded Ginny's voice,
and is trying to scare us for revenge.
But why would they wait for three years?

Later Valerie received a call
from a rest home in Minneola, a nearby town.
She found the number on her Caller ID this morning.
They left no message.
Could a worker who is holding a grudge be working there?

The easiest explanation is that it was a call from a ghost.
What doesn't seem to fit is this...
Our sister Virginia would be in a better place,
and not still suffering after death.

If I get another blocked number call on our private line,
I am going to pick it up. 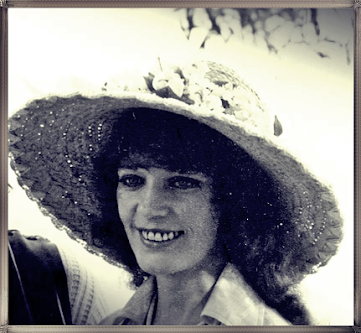