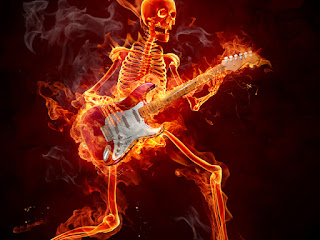 A good number of the demos included on Graham Nash's upcoming compilation Over The Years... demonstrate just how much was done on their journey to finished tracks -- whether for himself, for Crosby, Stills & Nash or for Crosby, Stills, Nash & Young. But the solo piano version of CSNY's "Our House," recorded in San Francisco during 1969 and premiering below, is one for which Nash was right on the money from the get-go.
"I had a definite idea of what form the song would take, and what we did was do our version of my arrangement," Nash tells Billboard. "When we made the record of 'Our House,' Stephen talked about a guitar solo, but it didn't feel like a guitar solo song, and that's how we ended up singing 'la, la, lalalala...' and like that, like a sing-song."


Nash adds that the key to any demo was not so much how he felt about a particular song but rather how those he'd be recording it with reacted. "I knew it was a song that would interest my partners," he recalls. "We had what we laughingly refer to as The Reality Rule, which is this -- if I sit down and play you a song and you don't react, you'll probably never hear that song again. But if I play a song to David (Crosby) and Stephen (Stills) and David knows what he's already going to do in the chorus and Stephen's thinking of a guitar intro, now we're talking. So it's only the songs that all three of us loved that got recorded."
Over The Years... features tracks from both sides of that equation, with 15 of Nash's greatest, up to 2016's "Myself At Last" on one disc, and an equal number of demos from 1968-80. The latter disc includes rarities such as "Horses Through A Rainstorm," co-written with Terry Reid and originally targeted to join "Our House" on CSNY's Deja Vu, as well as "Man In The Mirror," "I Miss You," "Simple Man" and "Right Between The Eyes." "I realized there hadn't ever been a 'greatest hits' album of my music," Nash says, "so I decided that I would find out what my 15 most popular songs are and put them on. And then I thought, 'Well, everybody's got those,' so I decided I would put demos on here because I think people are kind of interested in what happens from a demo to an actual record." For Nash, meanwhile, that process was both illuminating and amusing.
"It's quite funny because obviously there were a lot of drugs involved in those years," he says, "and some of (the demos) are too fast and some of them are, I think, too high. Just stuff. But it was interesting, and I do realize the value of hearing the demo of 'Our House' and then listening to the record of CSNY doing it."
CSN and/or Y, of course, has been dormant since 2015, primarily over a falling out between Crosby and the other members -- a situation Nash says has not changed. "No one talks to Crosby," says Nash, who's planning to work on material for his next solo album -- a follow-up to 2016's This Path Tonight -- while on tour in Europe this summer and, later this year, in North America. "I don't know what's going on. All I know is I'm here on my own trip now and having a great time. If someone comes to me, if Neil calls again and says, 'Hey Willy, man, I've got six great songs here. What do you want to do?' then we're off and running again. But until that happens, nothing's going on."