RememberRadio.net does not own the copyright to certain media posted within.Disclaimer Viewable on main page. 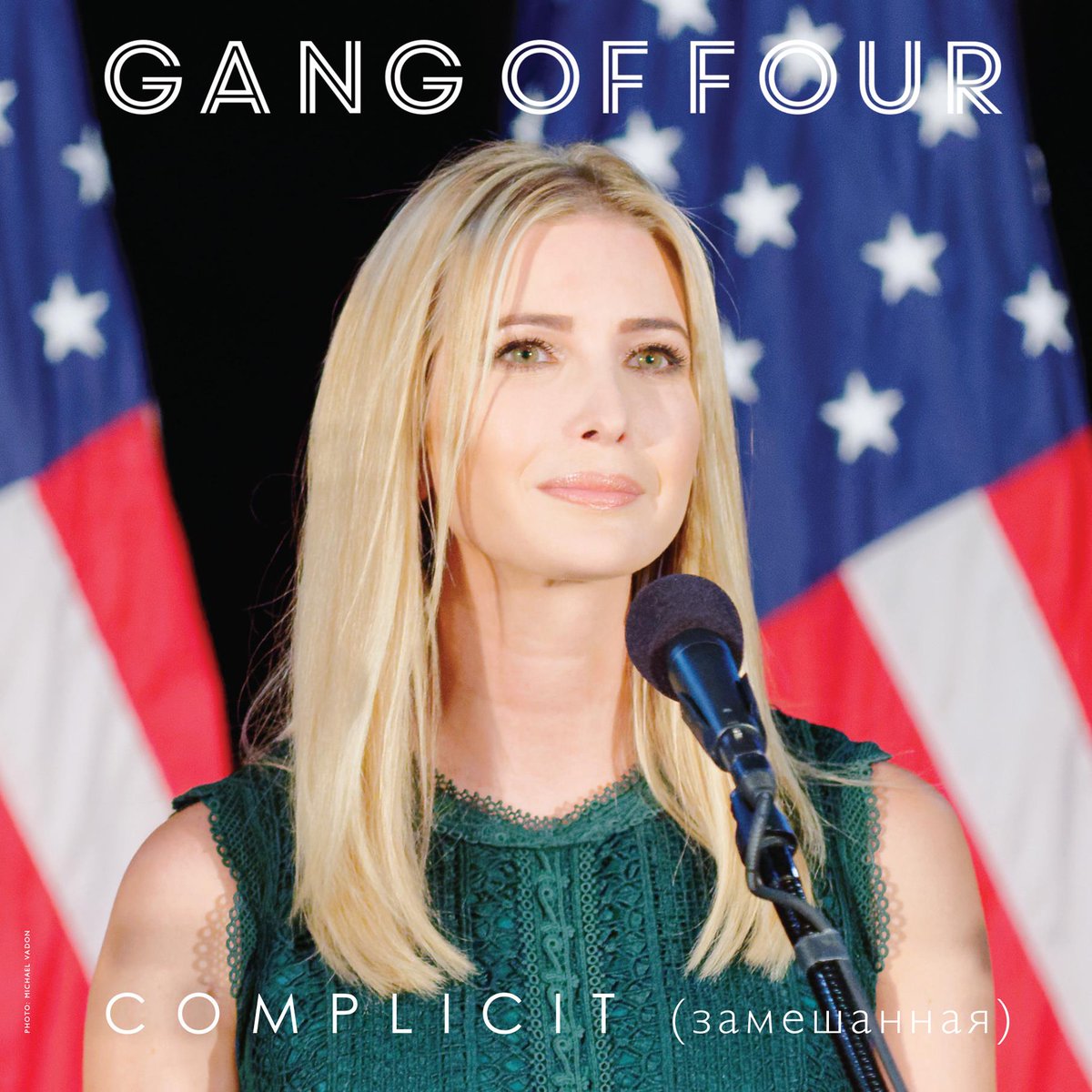 From the endless trolling on The President Show, to Jim Carrey's grotesque paintings of the former reality show star and his cronies and Eminem's gut-punching "The Storm" freestyle, Trump takedowns have been making almost as many headlines as the president's ceaseless barrage of unhinged tweets.

Now the First Daughter is getting some trolling attention too thanks to UK post-punk legends Gang of Four. Their upcoming EP, Complicit, features an image of presidential confidant and beloved offspring Ivanka Trump, along with a title that makes a not-at-all-winking reference to an interview last April in which CBS' Gayle King asked Ivanka if she thought she and husband Jared Kushner were "complicit in what is happening in the White House."

Trump's instantly viral answer -- "If being complicit is wanting to be a force of good and to make a positive impact, then I'm complicit" -- itself became the butt of a hilarious SNL parody fragrance commercial, thanks to Scarlett Johansson.

"Ideas about Jews, Muslims, or, say, the World Trade Center or perhaps, the criminality of certain American politicians. And then there is the receding traditional media with disappearing jobs like ‘journalists’ and ‘fact checkers.’ That’s the media the Trump family despise," said band leader Andy Gill in a statement to Pitchfork about what the group thinks of when they ponder what the phrase "the media" means today.