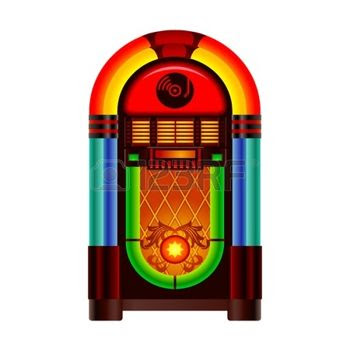 March 12
Buddy Holly And The Crickets record "Maybe Baby", which would be released the following year and climb to #17 in the US and #4 in the UK.

March 12
Jazz singer Billie Holiday, who had pled guilty to a narcotics-possession charge in 1956, is given a year's probation by a Philadelphia court.

March 12
An American Bandstand viewer's pole lists 15 year old Fabian Forte as the Most Promising New Talent. The young man is currently enjoying success with "Turn Me Loose", which will crack the US Top 10 in April.

March 12
At RCA's Nashville studios, Elvis Presley records his entire upcoming album, "Something For Everybody", in less than twelve hours.

March 12
The Levi Strauss Company began selling bell-bottom blue jeans in the US. Don't you wish you could still fit into yours?

March 12
Paul McCartney married photographer Linda Eastman in a small civil ceremony at the Marylebone Registry Office, in the City of Westminster in central London. Contrary to the popular rumor of the day, she was not related to the Eastmans of Eastman-Kodak fame. Paul's brother, Mike, served as the best man, but none of the other Beatles were in attendance. Linda would die of cancer on April 17th, 1998 at the age of 56.

March 12
John Lennon and Harry Nilsson are thrown out of the Troubador nightclub in Los Angeles for heckling the Smothers Brothers. Nilsson, a good friend of Tom Smothers, thought he was helping the act because Tom had struggled through weak material at an earlier date.

March 12
The Sex Pistols were involved in a fight at London's Speakeasy Club, resulting in one of the show's engineers needing 14 stitches in his head.

March 12
In a poll conducted by the Recording Industry Association of America, music fans voted Judy Garland's "Over The Rainbow" as the Song Of The Century. The Rolling Stones' "Satisfaction" came in at #16 and The Beatles' "I Want To Hold Your Hand" was #26.

March 12
Rosalind Morganfield, the 34 year old daughter of Blues artist Muddy Waters, surrendered to police after a warrant was issued accusing her of being involved in the 1996 murder of 19 year old Timothy Jason Harrington during a drug deal.

March 12
Levon Helm, the former drummer for The Band, filed a lawsuit against a Manhattan advertising firm over the use of the group's song, "The Weight" in a television commercial for cell phones. Helm received a royalty payment for the use of the song, but didn't feel he was adequately compensated.

March 12
Seven years of trying to secure the rights to use the Lennon-McCartney catalog paid off for TV's American Idol, when over 31 million viewers tuned in to the show. The following day, the top five Google searches were also Beatle related.

May 12
Bob Dylan mingled unnoticed among 14 other tourists at John Lennon's childhood home in Liverpool. The Folk legend strolled around the place where the late former Beatle grew up with his aunt Mimi and uncle George and later said that he was "enthralled" to see the bedroom where Lennon wrote some of his earliest songs.

March 12
A man was charged with burglary after security guards discovered him in Madonna's luxurious London mansion while she was in America to attend her grandmother's funeral.

March 12
Mike Hossack, drummer for The Doobie Brothers on their hits "Blackwater", "Listen to the Music" and "China Grove, died of cancer at the age of 65. He left the band in 1973, but returned in 1987 to record the albums "Cycles", "Brotherhood" and 2010's "World Gone Crazy".

March 12
Former Iron Maiden drummer Clive Burr died at the age of 56 after a long battle with multiple sclerosis.

March 12
Andy Kim teamed up with Kevin Drew of Broken Social Scene to perform a song called "Sister OK" on The Late Show With David Letterman. The tune is included on an album the pair released last February called "It's Decided".

March 12
Iron Maiden's personal Boeing 747 was badly damaged after colliding with a tow truck while grounded at Santiago, Chile. The band's crew and their twenty tons of equipment were not onboard at the time of the crash, but two ground crew workers were injured.
Posted by Unknown at 12:00:00 AM