Here are current stories about Oldies Artists in the News: 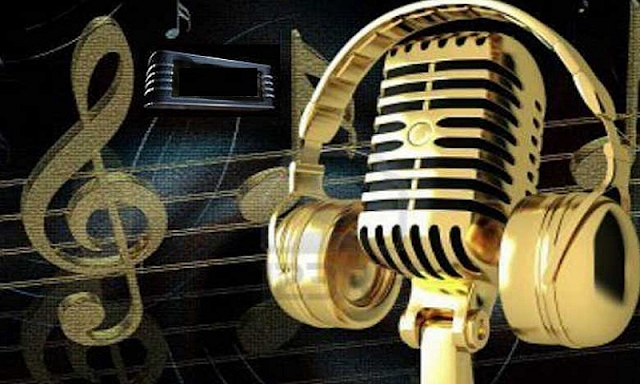 Barbara Alston, founder and lead singer of the Crystals on the hits "Uptown" (#12-1962) and"There's No Other (Like My Baby)" (#20-1962), died February 16 after suffering complications from influenza at a hospital in Charlotte, North Carolina. She was 74. The Brooklyn quartet were an integral part of producer Phil Spector's "Wall of Sound"-- though not integral enough to keep him from using Darlene Love & the Blossoms on subsequent "Crystals" records,"He's A Rebel" and "He's Sure The Boy I Love". La La Brooks then replaced Barbara as lead on later hits. After leaving the Crysals, Barbara became an actress, appearing on television in "Kojak" and "Hill Street Blues".

Vic Damone (nee Vito Farinola), once described by Frank Sinatra as having the "best pipes in the business", died Sunday (February 11) at a hospital in Miami Beach at the age of 89. The Brooklyn-born singer credited Perry Como with helping him get his start in show business when he met the singer as an usher at the Paramount Theater in New York. Vic won "Arthur Godfrey's Talent Scouts" competition in 1947 which led to a spot on Arthur's radio show. At Mercury Records (and later with Columbia), he was known for hits like "You're Breaking My Heart" (#1-1949), "On The Street Where You Live" (#4-1956) and "An Affair To Remember" (#16-1957). He appeared in the movie "Kismet" and "Meet Me In St. Louis" and hosted his own TV variety show in 1956 and 1957. He was married five times, including actresses Pier Angelli and Diahann Carroll. His autobiography, "Singing Was The Easy Part, was published in 2009. Vic received a phone call from his friend, President Donald Trump, just days before his passing.

With Elton John and Paul Simon announcing farewell tours, Tommy Roe quietly announced his retirement Thursday (February 8). The 75 year-old issued a statement saying, "...I am stepping out of the spotlight from scheduled concerts and interviews. Thank you again for your loyal support. I love you all, and may God Bless you."

Dennis Edwards, who sang on Temptations hits like "Ball Of Confusion", "I Can't Get Next To You", "Cloud Nine" and "Papa Was A Rolling Stone", died Friday (February 2) in Chicago while rehabilitating from an aneurysm. The Fairfield, Alabama native was one day shy of his 75th birthday. The Edwards family moved to Detroit when Dennis was 10 and he began singing with the Mighty Clouds of Joy gospel group there. In 1961 he recorded a local secular single, but gave up music temporarily while serving in the military. In 1966 he auditioned for Motown Records, where he was placed on retainer and sang for awhile with the Contours. He then moved on to the Temptations, where he replaced the troubled David Ruffin. Dennis himself was released by the group in 1977 but returned three years later (though he was let go on two more occasions). In recent years he has toured as the "Temptations Review featuring Dennis Edwards", a splinter group of the originals. He was married briefly to Ruth Pointer of the Pointer Sisters. Dennis was inducted along with the Temptations into the Rock 'n' Roll Hall of Fame in 1989.

Reese "Buzz" Clifford, best remembered for the 1961 novelty hit, "Baby Sittin' Boogie" (#6), died Friday (January 26) of complications from the flu. The Berwyn, Illinois native was 75. Originally intended to be the B-side of a song called "Driftwood", the song featured the children of his producer, Johnny Parker (who also wrote the tune). Though his follow-up, a version of "Three Little Fishes", only reached #102, he stayed with music throuhout his life as a songwriter and, at one time, peforming in a band with actor Gary Busey.

Jazz trumpeter Hugh Masekela died Tuesday (January 23) in his home town of Johannesburg, South Africa after a nearly ten-year fight with prostate cancer. He was 78. Inspired by Kirk Douglas' performance as jazzman Bix Beiderbecke in the movie, "Young Man With A Horn", he took up the instrument himself. He left South Africa for 20 years because of aparteit and studied under Dizzy Gillespie and Louis Armstrong, where he developed his own style. Hugh performed at the Monterey Pop Festival in 1967 and a year later his instrumental, "Grazing In The Grass", went to #1 in the US. His son, Selema, is an actor, sports reporter an television host.

Neil Diamond announced Monday (January 22) that he is retiring from performing after being diagnosed with Parkinsons Disease. The March leg of his 50th anniversary tour, in Australia and New Zealand has been cancelled. However, the soon-to-be 77 year-old said, "I plan to remain active in writing, recording and other projects for a long time to come."

Bassist Jim Rodford, founding member of Argent ("Hold" Your Head Up") and who also played with the Zombies and the Kinks, died Saturday (January 20) after suffering a fall. He was 76.

Edwin Hawkins, leader of the gospel Edwin Hawkins Singers of "Oh Happy Day" fame (#4-1969), died Monday (January 15) at his home in Pleasanton, California at the age of 74. He had been suffering from pancreatic cancer. Born in Oakland, he sang in church and family choirs before founding the 46-member Northern California State Youth Choir of the Church of God in Christ. They were renamed the Edwin Hawkins Singers when an album was recorded for Pavilion Records. The group also backed up Melanie on her #6 hit in 1970, "Lay Down (Candles In The Rain). Edwin was elected to the Christian Music Hall of Fame in 2007.

Ray Stevens opened his CabaRay Showroom in Nashville Wednesday (January 10) as it was declared "Ray Stevens Day" in the city by the Mayor.
Posted by Unknown at 12:00:00 AM