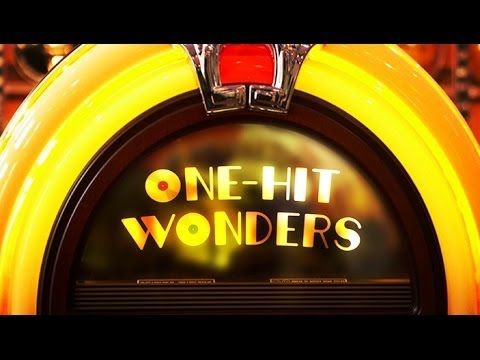 A one-hit wonder is any entity that achieves mainstream popularity and success for a very short period of time, often for only one piece of work, and becomes known among the general public solely for that momentary success. The term is most commonly used in regard to music performers with only one top-40 hit single that overshadows their other work. Sometimes, artists dubbed "one-hit wonders" in a particular country have had great success in others.
Music industry
In The Billboard Book of One-Hit Wonders, music journalist Wayne Jancik defines a one-hit wonder as "an act that has won a position on [the] national, pop, Top 40 record chart just once."

This formal definition can[when?] include acts with greater success outside their lone pop hit and who are not typically considered one-hit wonders, while at the same time excluding acts who have multiple hits which have been overshadowed by one signature song, or those performers who never actually hit the top 40, but, had exactly one song achieve mainstream popularity in some other fashion (that is, a "turntable hit" or a song that was ineligible for the top-40 charts). One-hit wonders are usually exclusive to a specific market, either a country or a genre; a performer may be a one-hit wonder in one such arena but have multiple hits (or no hits) in another.

In 2002, the American cable network VH1 aired a countdown of the VH1's 100 Greatest One-hit Wonders, hosted by William Shatner. It listed musicians with only one American hit, regardless of international success.

The top ten consisted of:

A 2006 television poll, conducted by Channel 4 in the UK, asked viewers to select their favourite one-hit wonder from a shortlist of 60. Respondents could also vote by e-mail to select a song that was not on the original list, if they so wished. The top 10 were:[citation needed]

"Kung Fu Fighting" – Carl Douglas
"99 Red Balloons" – Nena
"Sugar, Sugar" – The Archies
"Can You Dig It?" – The Mock Turtles
"Always Look on the Bright Side of Life" – Monty Python
"Spirit in the Sky" – Norman Greenbaum
"Who Let the Dogs Out?" – Baha Men
"The Safety Dance" – Men Without Hats
"Take on Me" - a-ha
"Two Pints of Lager and a Packet of Crisps Please" – Splodgenessabounds

In 2006, the Australian series 20 to 1 aired the episode 20 to 1: One Hit Wonders, a list of songs that had been the only one by that artist to have success in Australia.