"Manson suffered an injury towards the end of his NYC show," rep tells 'Rolling Stone' after stage prop falls on shock rocker 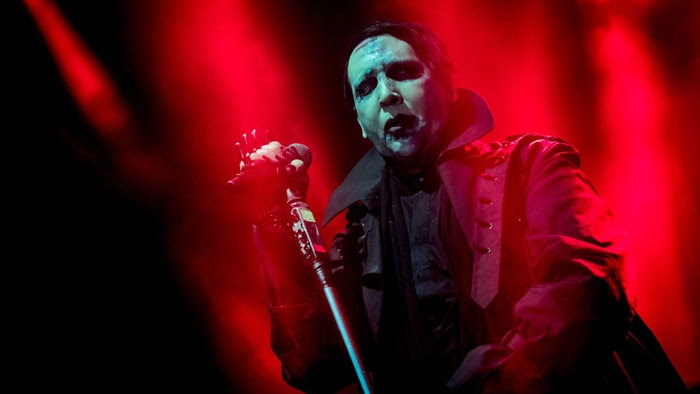 Marilyn Manson cut his Saturday night show at New York's Hammerstein Ballroom short after a stage prop collapsed atop the shock rocker. The severity of Manson's injuries was unclear at press time, but the concert was canceled after a brief delay.
"Manson suffered an injury towards the end of his incredible NYC show. He is being treated at a local hospital," a rep for the singer told Rolling Stone.
The incident occurred roughly an hour into Manson's concert, the third date on the North American leg of Manson's Heaven Upside Down tour. During "Sweet Dreams (Are Made of These)," Manson made his way toward the back of the stage, where a prop featuring two giant pistols suddenly fell forward onto Manson. Video from the concert shows Manson grappling the prop before it comes crashing down to the stage.
After the stage crew lifted the prop back up, Manson lay on the ground for several minutes. EMT workers also rushed to the backstage area as venue workers yelled "Ice! Ice!" repeatedly.

At Manson's Friday night show in Pittsburgh, the rocker tumbled off the stage during his concert. After pulling himself back onstage, Manson told the crowd he broke his ankle before calling his tour manager a "fascist," Loudwire reports.
Rolling Stone will update this story when more information regarding Manson's status becomes available.
Posted by Unknown at 3:39:00 PM