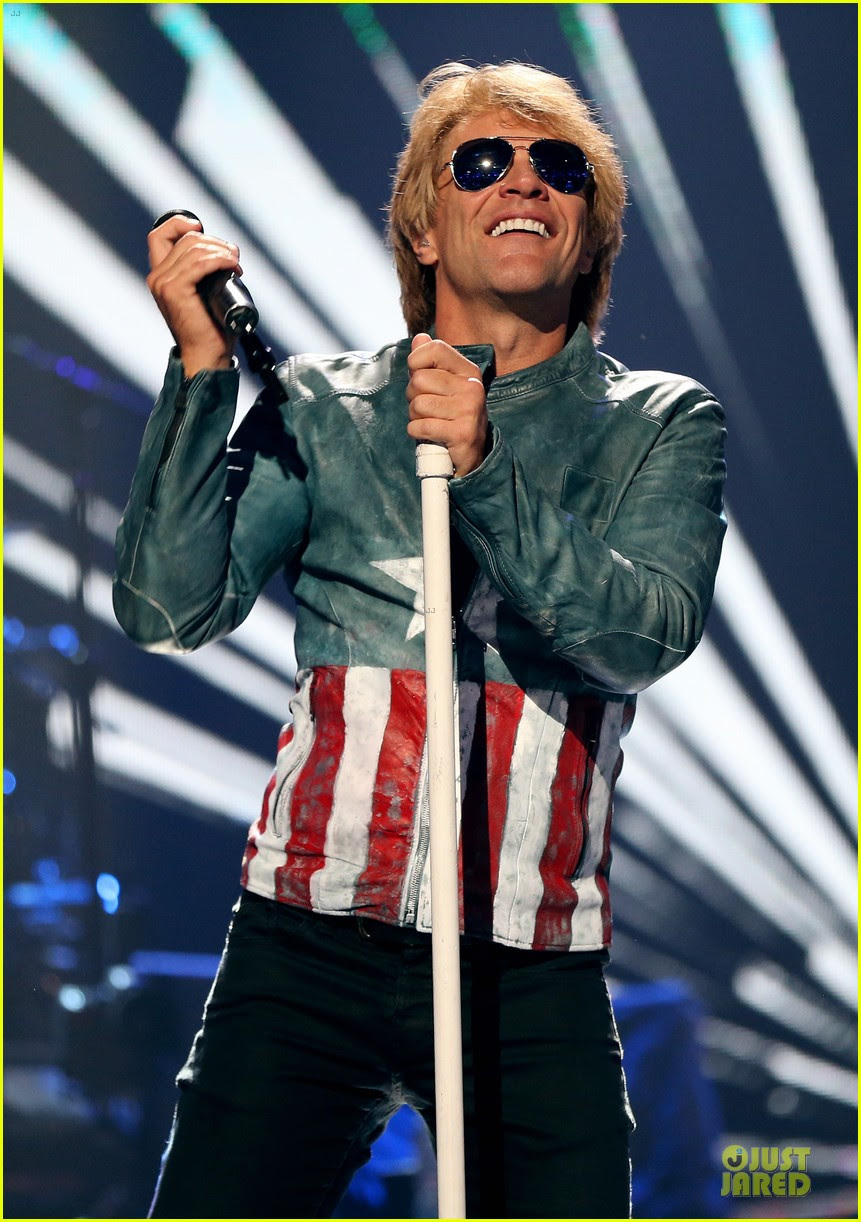 Despite over six No. 1 albums on the Billboard 200 chart and four Billboard Hot 100-topping singles, Bon Jovi still isn’t in the Rock and Roll Hall of Fame. But they’ve got a chance this year, as the Jersey-bred arena rockers cracked the ballot for the first time since 2011. As yearly nominations begin to include more and more ‘90s acts and non-rock artists, could Bon Jovi’s time be running out?
Richie Sambora is cautiously optimistic. Billboard chatted with the band’s former lead axe man, who joined in 1983 and co-wrote most of the group's iconic hits over the following three decades. He left the band in 2013, and though he hasn’t played with them since, he's open to returning to their lineup on April 14, 2018 in Cleveland, should Bon Jovi finally get the call.
Here are the highlights of our conversation, touching on a potential Bon Jovi Rock Hall set list, making live music safer in the wake of the Las Vegas tragedy, and Sambora's latest music endeavor RSO, a collaboration with renowned guitarist-vocalist-songwriter Orianthi.
Take me through your initial reaction this week.
The Hall of Fame, I mean, I’ve kind of lived it because I used to play with, you know… any time you walk on stage, it's Buddy Guy, B.B. King, Jimmy Page, Jeff Beck, Stevie Wonder. The guys I play with have been iconic. It's been an amazing life, because I get a chance to hang out with the Hall of Fame and my peers and my heroes.
Of course it's wonderful to be recognized… Like, thank you very much, but I'm not counting my chickens before they're hatched, you know what I'm saying? I've been nominated before, so you never know what's gonna happen. And looking at the list of nominees, there's so many great people that I think should've been in already. Like The Cars and Dire Straits and everybody that's up.
It’s been since 2011 at Bon Jovi has been nominated. From your vantage point, what does it take to get on that list?
I have no idea [Laughs]. Honestly, getting into the Songwriters Hall of Fame was a very big deal for me. That was something I really aspired for and -- again, your heroes and your peers are voting you in. Either it’s a coming of age or your achievements and all that. It’s just a matter of time, I imagine. That’s why I wasn’t really focused on it, because I just thought, “Fuck! You know, we sold about 150 million records, so we put a lot of asses in seats and made a lot of people happy through music we made together.” And I think maybe it’s time for that recognition.
If Bon Jovi was to get into the Hall of Fame, would you be open to performing at the induction ceremony?
Sure. Of course, why not? There’s not a lot of malice there, you know. I mean, there’s just -- it was just time for me to leave at that point. So yeah, of course.
Which songs would you want to play?
“Livin’ on a Prayer" would have to be one. "Prayer" is a song that has lived through the ages. It's one of those songs that means more today than when we wrote it. When you're a songwriter and you hit that note when everybody relates to it, and it becomes a part of humanity, for God's sake... And you know, "Wanted Dead or Alive," obviously. With the Rock Hall, you have to almost sum up your life in three songs or so. That's a really tough thing to do, something that the band would decide on.
Have you been keeping in touch with the guys lately?
You know, every once in a while. It's been about four and a half years now since [the split]. So, you know, on and off.
You both have been chatting over social media about your new music.
Well, yeah. I wish the guys well. They're going out with their new music, and I think that they're wishing me well, too.
Are the doors open to a possible return to the band?
You never know. It depends on a lot of stuff. Not like we're talking about it. This thing just happened. Obviously, I think we'd do well. You know what I mean? But honestly, I'm really on to [RSO's] song now. The car's been ready to run.

Tell me about that -- last month you released the debut EP from RSO, your new collaboration with your partner, Orianthi. What’s it been like and what else do you have in store?
We probably wrote 70 songs over a two-year period. We’ve got 25 masters finished, so this is the first EP. You know, you used to just put out a single, get the radio guys to beat radio over the head with it, and go out and play. And if that didn’t work, you’d see how far single No. 2 would go, and the rest of the album is basically trash. So now, you keep on releasing stuff and it’s quite intriguing to me. Every song has a shot. On this genre, we tried to come to a lot of different genres and it turned out really great.
It must be an exciting challenge to adapt to a whole new playing field.
Absolutely. I’ve been a record company president a couple times. I’m involved with BMG now and I’m having a really good time with it… We’re just looking forward to going out and playing live and making people happy because lord knows the world needs it now, with all the Las Vegas stuff, my lord.
Throughout the years, I was cleared offstage because of bomb threats. We stood out in the parking lot with everybody else, and that's been happening since the '80s, you know with the IRA and stuff that was going on in England at the time. There's been a lot of threats on entertainment and it makes people not want to go out of the house. We gotta keep ‘em coming, so hopefully our music is good enough to keep ‘em coming.
We’ve been talking about this a lot at Billboard; what happened in Vegas is such a difficult threat to defend against.
Speaking from a business aspect, tour insurance is gonna go up phenomenally and then you're gonna have to beef up security, like you're going through an airport, basically. I think that's what's gonna happen, and I think it should happen. I think those are the precautions as entertainers that we have to take. You have to take responsibility for your fans and you don't want to lead somebody into a place where they could get injured or die, for God's sake. You have to really take those precautions.
I played [the Bataclan] in Paris about six months before they shot that place up. It could've been us, easily.
Is there a performance from your early days in Jersey that really sticks out to you now?
That's such a tough question because there have been so many amazing moments. But the first time we played Giants Stadium; that's a pretty good one. The first time you actually headline a stadium, and we killed it. And it was actually my good friend Les Paul's birthday that evening, and this was how crazy my life was: I had just started to date Cher and she showed up. And my parents! That was an evening to remember. But hey, first time you play the Garden, [also] pretty cool. That kind of stuff. When you have a hit single, the first time you have a No. 1 song.