Jared Leto of music group Thirty Seconds to Mars performs during the 2017 iHeartRadio Music Festival at T-Mobile Arena on Sept. 22, 2017 in Las Vegas

KROQ has announced the lineup for its annual Almost Acoustic Christmas concert, which will take place Dec. 9 and 10 at The Forum in LA. The two-day event promises nineteen exciting rock and alternative artists, headlined by Muse on the first night, Morrissey on the second and featuring sets from Thirty Seconds to Mars, The Killers, Queens of the Stone Age, Weezer, Rise Against, The Lumineers, Run the Jewels, Walk the Moon and many more. Last year's lineup boasted Green Day, Blink 182 and AFI.

Ticket presale begins on Friday (Oct. 20) at noon p.s.t. via Ticketmaster. View the entire lineup, below. 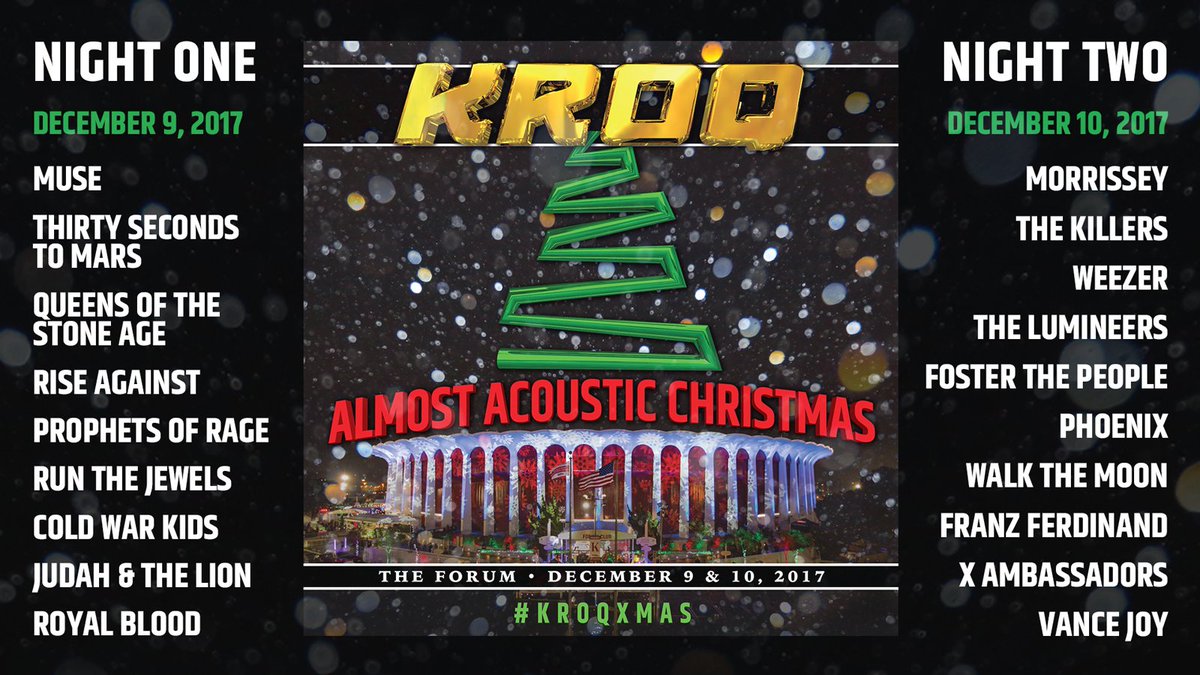