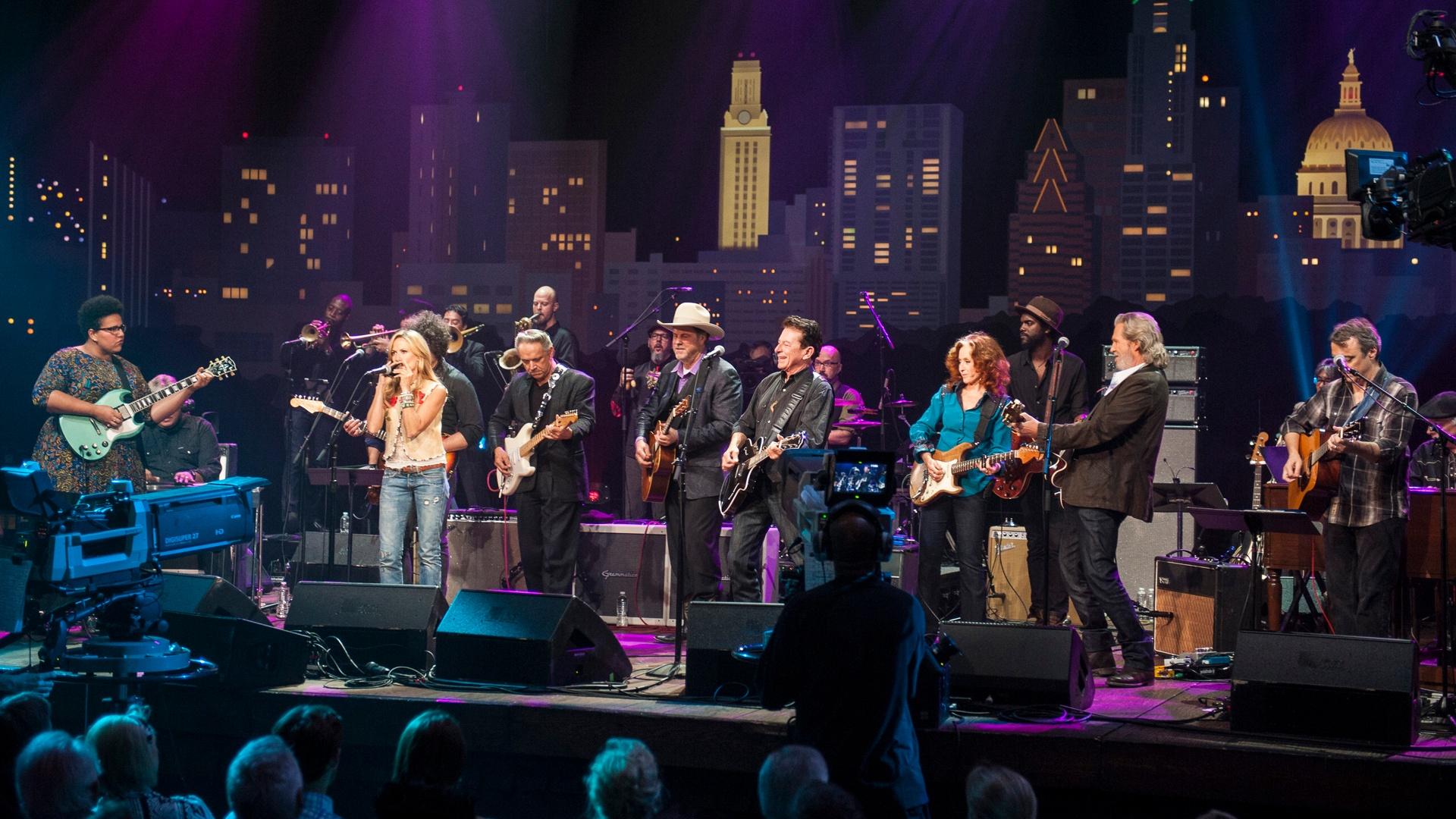 From the moment Tom Petty's passing was announced earlier in the week, it solidified that the 16th annual Austin City Limits Music Festival would become a monument to his massively influential songbook.
It was the only natural response as the first major multi-day music event following his too-soon departure -- with so many artists present who'd drawn influence from the 66-year-old master.
Tributes permeated Friday's fare and continued surfacing throughout Saturday (Oct. 7), day 2 of weekend 1. The most notable among them was an apt dedication by Red Hot Chili Peppers of Funkadelic's "What is Soul?" during their headlining set.
"Tom Petty, if you're looking down, this one's for you, brother … you did not die in vain," frontman Anthony Keidis said.
Next was a cover of Petty's Full Moon Fever cut "A Face in the Crowd," with guitarist Josh Klinghoffer handling the solo.
Yet the most affecting memorial by far was staged by ACL Fest organizers themselves (in partnership with Red Bull TV) around 7 p.m. when "Free Fallin'" began blaring out of every speaker on the grounds, inspiring a massive cathartic singalong as three skydivers jumped from a low-flying plane overhead, two of them trailing sparks while the third towed an enormous Texas flag in its calculated tailspin.
Toward the end of a day already made exceptional by many affecting performances -- including local future-funksters Capyac, new-ish grassroots supergroup Traveller (featuring Robert Ellis, Jonny Fritz and Corey Chisel), jazz bass and neo-soul virtuoso Thundercat, plus Austin psych lords The Black Angels -- that ultra-uplifting display set the stage for what was perhaps the most exuberantly incendiary hometown set of Spoon's nearly quarter-century career.
Frontman Britt Daniel has surely never appeared so jovial and Prince-like as he channeled the Purple One's otherworldly showmanship throughout a slew of hits, the group's insurmountably infectious energy further preparing fans for the outpouring of positivity during Chance the Rapper's subsequent headlining set.
The Grammy-winning Chicago-bred rapper concluded his set 20 minutes before the scheduled time, but not before taking the audience to church via all-in crowd choruses and massive, feel-good handclaps on gospel-toned tunes like Donnie Trumpet and the Social Experiment cover "Sunday Candy" plus key Coloring Book selections "Summer Friends," "Same Drugs" and a reprise of "Blessings" for his finale.
"Thank you so much for coming to my set and for supporting my music from the beginning," he said before that final track. "I'm only here by grace and mercy, and I don't believe that getting into heaven is a thing of individuality. I think we'll all be judged as a whole -- we're in it together."
Such remarks were consistent with messages of love and unity offered by artists over the past two days in reaction to last weekend's mass shooting in Las Vegas, which ended the lives of 59 (including the shooter) and injured hundreds of others during a country music festival.
Yet no one seized the moment as directly and affectingly as Ice Cube, whose defiant words transformed his performance -- already a surefire Weekend 1 highlight with a seemingly endless and impressively diverse sea of fans waxing nostalgic on the Los Angeles rapper's parade of hits spanning three decades -- into the exemplary anti-terror statement.
"I'm so happy to be here showing the world that we aren't scared of that bullshit in Las Vegas," he said. "I'm glad y'all came … because it's nothing but love here."
Posted by Unknown at 11:46:00 AM