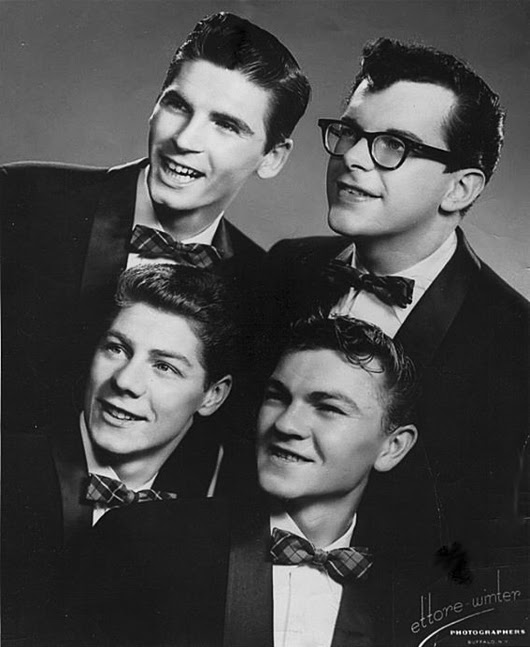 Jack Blanchard was very talented musically, proficient on guitar, bass and piano. After graduating (he attended Bennett, Lafayette and Kenmore High Schools) he played piano in various joints around town. Don Fronczak joined the Army out of high school, which is where he began performing music – singing first in an Army chorus, then a private group. Out of the service and looking for an opportunity to sing, Don met Jack at a nightspot in Tonawanda and they decided to form a group. 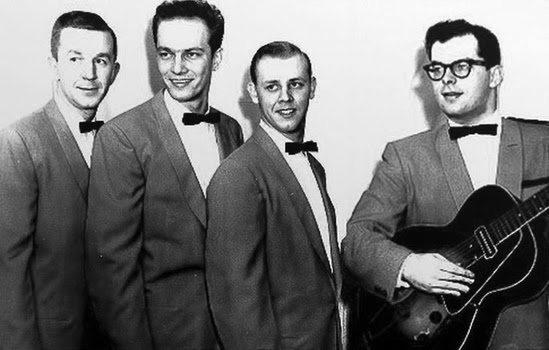 At first it was the boys with two girls and the material was the Pop music of the day. As time went on the ladies were replaced with a succession of male singers, the material started including R&R, and they started working the Western New York circuit (which really means Ontario to Erie), including McVan’s and the Glen Casino. Jack continued to be the ‘musician’ of the group while Jim Warren became the lead singer. 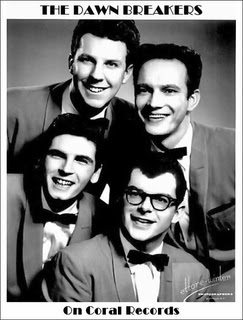 This group did some recording at Howell Studio on Delaware Avenue, as many as a dozen tracks of their music plus advertising jingles and a theme for a local DJ. Probably due to the latter, they hooked up with local DJ ‘Hernando’ (Phil Todaro), as many aspiring local musicians ended up doing. Through his record business contacts Todaro was able to get them a deal with Coral Records. Jack brought out a song he’d written called Boy With The Be-Bop Glasses (And The Suede Shoes). In the interest of group ‘harmony’ he have the credit to all groups members- Blanchard, Fronczak, Warren and Buddy Lee Baker (who had replaced Harry Madrid). 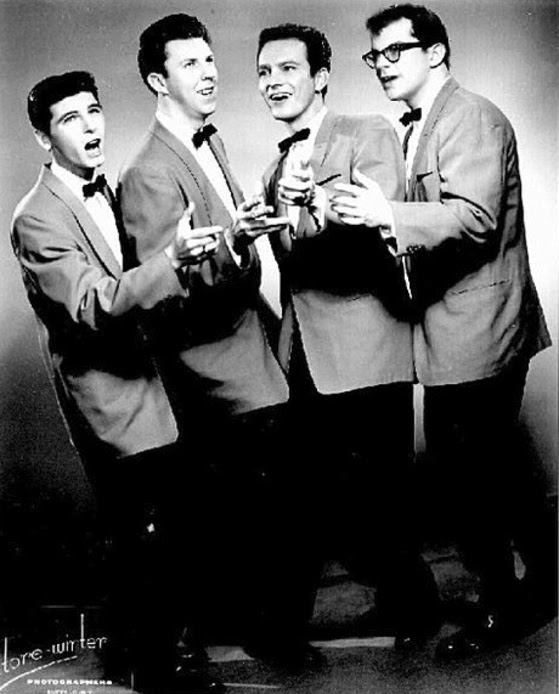 In any case, the 1956 song was something of a local hit, though some radio stations may have opted to spin the more traditional These Are "The Things I Love" on the flip. They had trouble getting The Hound – George Lorenz – to play their record unless some considerations were thrown his way (a common practice) which they were unwilling or unable to do. And just as they were getting going there were the usual members resignations due to family and ‘other job’ demands. With new members they auditioned for the Arthur Godfrey Show and even cut an advertisement for the local Polish newspaper “Everybody’s Daily”. They may have cut one more obscure 45. But finally they just drifted apart.

The Things I Love

Boy With The Be-Bop Glasses