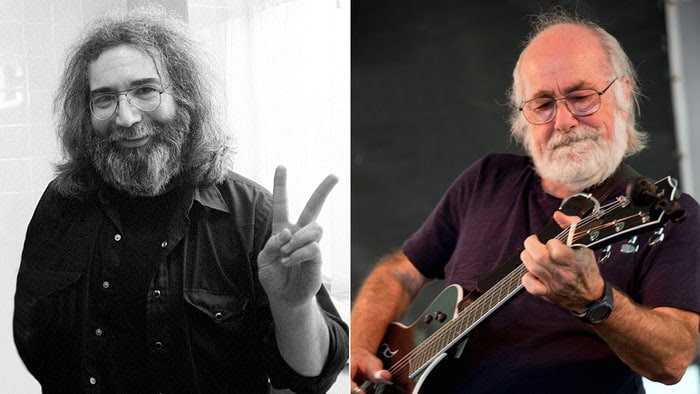 The music of Jerry Garcia and other members of the Grateful Dead will soundtrack a new musical, 'Red Roses, Green Gold.'

Jerry Garcia's music will soundtrack a new musical, Red Roses, Green Gold, set to open at the Minetta Lane Theatre in New York City this fall. Previews begin October 11th and the show opens October 29th.
Red Roses, Green Gold is set in 1920s Maryland and "tells the fantastical and comedic story of Jackson Jones and his family of swindlers as they gamble their way to love and riches." Garcia's collaborations with lyricist Robert Hunter will comprise the bulk of the show's music, though it will also features contributions from the late guitarist's Grateful Dead cohorts Phil Lesh, Bob Weir and Mickey Hart, as well as Hunter's longtime collaborator, Greg Anton.
Keyboardist and longtime Grateful Dead touring member Jeff Chimenti served as the music supervisor and arranger for Red Roses, Green Gold. Rachel Klein directed and choreographed the musical and Michael Norman Mann wrote the book. Mann has already penned two other shows that feature the Dead's music, Cumberland Blues, which was performed in California during the late Nineties and, more recently, Shakedown Street, which premiered in 2005.
Tickets for Red Roses, Green Gold go on sale September 25th at 10 a.m. with prices ranging from $58 to $88 and premium tickets available for $125. A pre-sale for American Express cardholders runs September 13th at 10 a.m. through the 20th at 9:59 a.m., while an Audience Rewards pre-sale runs September 20th at 10 a.m. through the 25th at 9:59 a.m.
Posted by Unknown at 11:20:00 AM