Playboy founder and legendary ladies’ man Hugh Hefner has died at the age of 91, according to Playboy Enterprises. 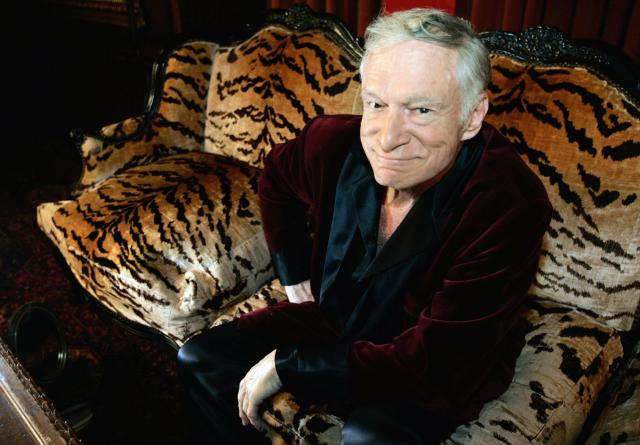 The magazine said he was surrounded by loved ones and “peacefully passed away today from natural causes at his home.”
“My father lived an exceptional and impactful life as a media and cultural pioneer and a leading voice behind some of the most significant social and cultural movements of our time in advocating free speech, civil rights and sexual freedom,” Hefner’s son Cooper said in a statement. “He defined a lifestyle and ethos that lie at the heart of the Playboy brand, one of the most recognizable and enduring in history. He will be greatly missed by many.”

Hefner’s dream of running his own magazine began while he was working as a copy editor at Esquire in 1952, and the following year he secured enough funding to launch Playboy.
The December 1953 inaugural issue featured none other than Marilyn Monroe as its cover girl, and the magazine would go on to become a multibillion-dollar empire ― including TV series, websites, DVDs and endless licensed merchandise ― and one of the most recognizable brands in the world.

In the 1960s, Hefner became the public face of the company and was known for his smoking jacket, his pipe and the assurance that wherever he was, a bevy of beautiful women surrounded him. He launched a series of private key clubs that he staffed with hostesses known as Bunnies for their now-iconic uniforms that included ears and a tail.
Hefner was arrested in 1963 and charged with selling obscene literature after publishing nude photos of actress Jayne Mansfield. The charges were dropped after a jury was unable to reach a verdict, but the experience led Hefner to launch the Playboy Foundation, which provided funding to groups researching human sexuality and fighting censorship.
Hefner took the company public in 1971, but by the mid-’70s, the magazine was facing more competition with the arrival of hardcore publications such as Penthouse, and circulation began to fall. In response, the magazine released its first full-frontal nude centerfold in January 1972, featuring model Marilyn Cole.
The Playboy founder suffered a minor stroke in 1985, just a few weeks shy of his 59th birthday. It was an eye-opening experience for Hefner, who decided it was time to tone down his wild parties, according to the Los Angeles Times.
“I survived a stroke two weeks ago,” Hefner said in a statement. “My recovery is total and something of a miracle. What has happened is actually a ‘stroke of luck’ that I fully expect will change the direction of my life.”
He handed over his empire to daughter Christie, who had been president of Playboy Enterprises since 1982. She began running the company as chairman of the board and CEO in 1988.
In 2009, Scott Flanders replaced Hefner’s daughter as CEO and Playboy Enterprises Inc. began to make a radical shift focusing on its branding potential and licensing opportunities.
Two years later, Hefner made a $207 million deal to buy out the company and take it private. The deal gave him a $1 million-a-year contract, full editorial control of the magazine and the right to keep living at the Playboy Mansion, Forbes reported. Hefner told The Hollywood Reporter in September 2011 that he owned close to 37 percent of the corporation, but noted that he had limited involvement with the company’s new focus on licensing. The media mogul also revealed he estimated his personal wealth at more than $100 million.
In that same article, THR broached the subject of death, but it was not something Hefner ever talked about, a close colleague said. Hefner said he was not afraid of death and had no faith in any afterlife. And his death wasn’t just a subject that Hefner avoided ― at the time, the company hadn’t thought about it either.
“That’s hard to imagine. There’s no succession plan,” Flanders told THR.
But the company wasn’t without a plan for long. In 2012, Hefner announced his then-21-year-old son, Cooper, was being groomed to become the public face of the company.
In August, Cooper Hefner was named chief creative officer of the company.
While Hugh Hefner was always surrounded by beautiful women, in recent years he’s made the most headlines for the company he kept ― young, blond Playboy models who lived with him at the infamous Playboy Mansion.
Hefner was first married in 1949 to a Northwestern University student named Mildred Williams, with whom he has two children ― Christie and David ― before divorcing in 1959.
In 1989, he married again, this time to Playmate of the Year Kimberley Conrad, who was 36 years his junior. Together the couple had two sons, Marston and Cooper, before they separated in 1998 and divorced in 2010.
During his 12-year separation from Conrad, Hefner had relationships with many of the young models featured in his magazine, including twin sisters Sandy and Mandy Bentley, and even dated seven women at once. His concurrent relationships with Playboy Playmates Holly Madison, Bridget Marquardt and Kendra Wilkinson were featured on the reality series "The Girls Next Door."
In 2008, all three women decided to leave Hefner and the Playboy Mansion, prompting Hefner to start dating Crystal Harris, who was 60 years his junior, along with 20-year-old twins Kristina and Karissa Shannon. Hefner broke things off with the twins and proposed to Harris in 2010.
The couple planned to marry in June 2011, but Harris decided to call off their nuptials just five days before they were scheduled to exchange their vows. After some highly publicized fighting over the custody of their dog, the couple reconciled with the help of Hefner's longtime secretary Mary O'Connor, who died in 2013. Hefner said "I do" to Harris and tied the knot for a third time on Dec. 31, 2012. 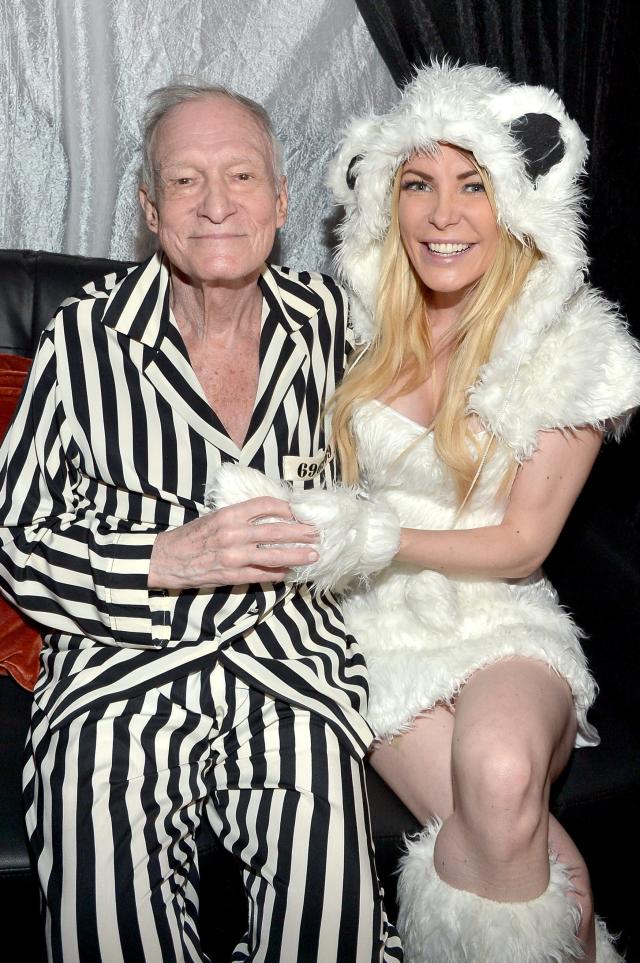 Hefner and Playboy made headlines more recently for their decision to stop publishing nudes in the print magazine and chose Pamela Anderson to be their last naked cover model for the January/February 2016 issue. The magazine decided to put nudity back in the magazine earlier this year in an effort to take its “identity back” and reclaim “who we are.”
Also last year, the Playboy Mansion, the iconic 5-acre, 29-room West Los Angeles estate owned by Playboy Enterprises, sold for $100 million, with one catch: Hefner asked that he be allowed to continue living and working there until his death.
In an interview for Larry King’s 2004 book, “Remember Me When I’m Gone,” Hefner shared his thoughts on his legacy at Playboy and beyond.
“I’d like to be remembered as someone who played some part in changing our hurtful and hypocritical views on sex ― and had a lot of fun doing it.”
Hefner is survived by his wife, Crystal, and his children Cooper, Christie, Marston and David.
CORRECTION: An earlier version of this obituary included a photo caption that misspelled the surnames of Marlon Brando and Hugh Hefner.
Posted by Unknown at 3:29:00 AM