Why the Retail Crisis Could Be Coming to American Groceries 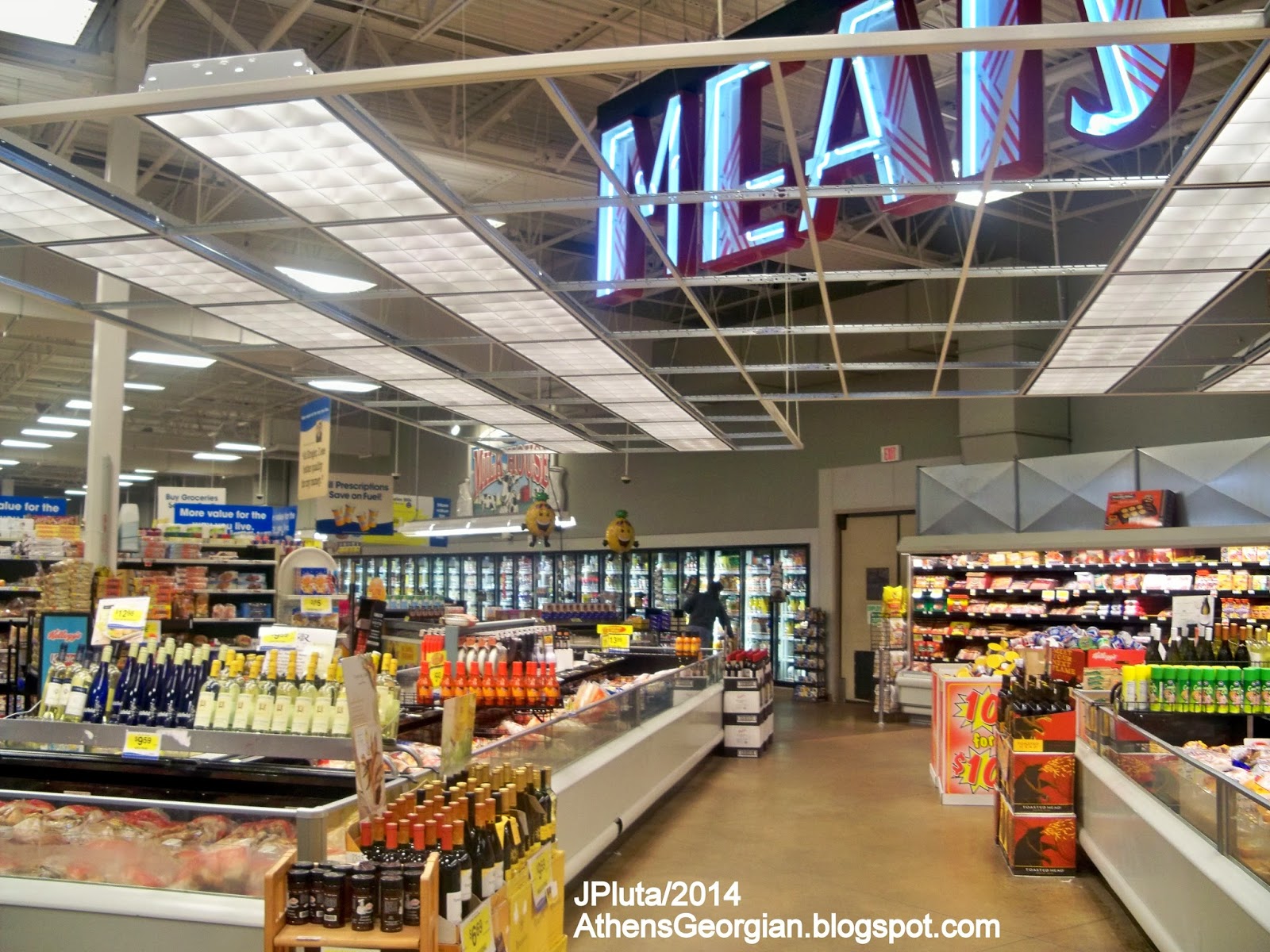 The American grocery store has so far been mostly immune to the ravages of online shopping and the all around apocalyptic outlook facing the nation's retailers. But a war is coming to the staid supermarket, and that could mean more consolidation, bankruptcies, and falling prices.
An invasion is getting under way. Lidl, a German retailer known for low prices and efficient operations, is expected to start an aggressive U.S. expansion in the coming weeks that could open as many as 100 new stores across the East Coast by the summer of 2018. The company, which runs about 10,000 stores in Europe, has also set its sights on Texas, one of the most competitive grocery markets in the U.S. Analysts expect Lidl to expand to nearly $9 billion in sales by 2023.
More from Bloomberg.com: JPMorgan to Move Hundreds of Staff to Three EU Offices on Brexit
The last thing U.S. grocers need is more cutthroat competition. As the ranks of U.S. grocery stores have swelled, food has become a way for struggling brick-and-mortar retailers such as dollar stores and pharmacies to compete for customers. Even though groceries have been somewhat insulated from online pressure, Amazon.com remains dedicated to cracking the code, finally, on fresh food.
"It's an intimidating time for a lot of these retailers," said Jennifer Bartashus, an analyst at Bloomberg Intelligence. "We're poised to see a lot more change in the next couple of years." These are the five forces that are going shake up the landscape of American groceries.
More from Bloomberg.com: Provocateur-in-Chief Trump Pokes His Own Party’s Power Centers

It Looked As Though There Was Safety Selling Food

These are tough times for the U.S. retail industry, with stores closing at a record pace so far in 2017. It’s no secret why: Amazon is gobbling up more and more sales of clothing, electronics, and other items that once drew shoppers to department stores and malls. The grocery business has been a safe haven in recent years. Only about 1 percent of the roughly $1.5 trillion industry has moved online. That’s made supermarkets an attractive real estate tenant in an era when other shopping has moved from the mall to the living room couch. The reliability of food sales has also drawn more and more stores into the market for prepared food, snacks, and other traditional grocery items as a reliable driver of store traffic. After all, we have to eat and get more garbage bags.
“It’s perceived as relatively impervious to the shift online,” James Cook, director of retail research at JLL, said of the grocery business. "For most of America, food is not purchased online.”

More food is sold in more places these days, with pharmacies and dollar stores looking to groceries to lure customers. Dollar General alone added more than 900 stores last year, ending 2016 with more than 13,000 locations. The chain, which generates roughly 75 percent of revenue from consumable items such as food, soap, and paper towels, is planning to open another 1,000 stores this year. CVS, which operates nearly 8,000 standalone locations, is betting on food to boost store traffic. Like other pharmacies, where shoppers would traditionally visit to pick up deodorant along with a prescription, the chain has boosted its food offerings to add more healthy snacks and grab-and-go options.
More from Bloomberg.com: Is This the Most Valuable Car in the World?

All this competition has come amid an historic bout of food deflation. Grocers have engaged in a price war that has been a boon for consumers while weighing down on corporate earnings—and those trends will only get more intense once Lidl opens its doors in the U.S. The company has long battled rival German grocer Aldi in markets across Europe. Both companies have taken on entrenched grocers and eaten into market share with their low prices and no-frills stores. Aldi, which has more than 1,600 U.S. stores, has spent the past couple years preparing for Lidl's arrival by aggressively expanding in Southern California and spending $1.6 billion to spruce up its locations. That has put pressure on Wal-Mart and the dollar stores in the competition for budget-conscious shoppers. Wal-Mart Stores, which generates more than half of its revenue from groceries, has been working to improve its fresh food offerings. The retail giant's low grocery prices have made things tough for Kroger Co., the largest supermarket chain in the U.S.
Lidl is slated to open 20 locations in Virginia, North Carolina, and South Carolina this summer and could reach 630 locations over the next six years, according to Kantar Retail. The company had sales of roughly $69 billion last year. Expect Lidl's entrance into the U.S. to ramp up the price war and possibly force smaller, regional companies to close or consolidate. "It's definitely making the regional players nervous," said Bartashus. "It's like a stack of dominoes; it takes one thing to tip it, and they all start moving in one direction."

The number of shopping trips Americans made to buy food rose rose 1 percent last year, according to Nielsen data. That may not sound like much, but it's the first annual gain in at least a decade. The shift in shopping behavior is being driven, in part, by the increasing preference for fresh food. Americans are shopping more often and buying fewer items per trip. The weekly trip to load up the station wagon is also being supplemented by everything from meal-kit services, such as Blue Apron, grocery deliveries, and visits to the local farmer’s market. The grocery business is known for its razor-thin margins and survival driven by repeat business. The fracturing of this pattern is a long-term risk for grocers, who have responded by boosting prepared food offerings.

Amazon Is Hungry for Groceries

So far, at least, e-commerce has struggled to encroach on the grocery business. Amazon has tried for nearly a decade to find its way into delivering fresh food without much success. Now the online retail giant is opening brick-and-mortar stores, experimenting with drive-in grocery kiosks where consumers can pick up orders, and working on a hybrid supermarket that mixes the best of online and in-store shopping. Even though customers have been slow to adopt delivery for groceries, the business is expanding. There was a time when analysts felt consumers would never buy shoes online because they wanted to try them on. That sentiment is still applied to grocers—most people, the thinking goes, still want to touch the avocados or talk to a butcher. The looming threat of Amazon's encroachment is another potential headwind for the grocery business.

More from Bloomberg.com
Posted by Unknown at 1:32:00 AM