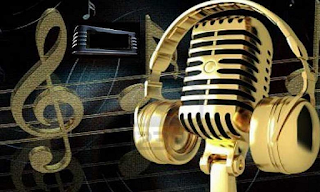 Have You Heard the News...

Here are current stories about Oldies Artists in the News:

England's Queen Elizabeth II announced her New Year's honors Saturday (December 31). Ray Davies of the Kinks will receive a knighthood for "services to the arts". Comedian/Singer Ken Dodd (who bubbled-under the US charts with "Tears For Souvenirs" in 1966) will also be knighted. Singer Marty Wilde (who gave us "Abergavenny" as Shannon in 1969 and is the father of '80s singer Kim Wilde) gets a Member of the Order of the British Empire honor. Lest you take it all too seriously, Victoria (Posh Spice) Beckham of the Spice Girls will be given an Officer of the Order of the British Empire medal for "services to the fashion industry."

The 2016 class of inductees into America's Pop Music Hall of Fame in Canonsburg, Pennsylvania were announced Thursday (December 29). Congratulations to ABBA, the Dave Clark Five, Earth Wind & Fire, Aretha Franklin, Marvin Gaye, Michael Jackson and the Jackson 5, Billy Joel, Diana Ross and Rod Stewart, who received the public vote. The Hall Trustees chose Fats Domino, the Drifters, Connie Francis and Bobby Vee as "legends". The class of 2017 will be chosen beginning next September.

(Mary Frances) Debbie Reynolds was rushed to a hospital in Los Angeles Wednesday (December 28) where she passed away one day after her daughter, Carrie Fisher, died from a heart attack suffered December 23. (Carrie was also the daughter of the late singer Eddie Fisher and ex-wife of singer Paul Simon.) Debbie was 84. As a singer, Debbie was best remembered for singing the theme song from her 1957 movie, "Tammy And The Bachelor". "Tammy" became a #1 hit for her that year, and was followed by "A Very Special Love" (#20-1958) and "Am I That Easy To Forget" (#25-1960). She also had a #3 hit in 1951 with Carleton Carpenter on "Aba Daba Honeymoon". But it was as a stage and screen actress that the El Paso, Texas native made her mark. Her films included "Singing In The Rain", "The Unsinkable Molly Brown" (which earned her an Oscar nomination), "How The West Was Won", "The Singing Nun", "Bundle Of Joy" (with then-husband Eddie Fisher) and "The Catered Affair". On stage, she was nominated for a Tony award for her leading performance in "Irene". She starred in the "Debbie Reynolds Show" on NBC-TV in 1969 and owned a hotel in Las Vegas at one time. She received the Gene Hersholt Humanitarian Oscar in 2016 and an honorary Doctorate from the University of Nevada-Reno in 2007. She was awarded two stars (for theatre and for film) on the Hollywood Walk of Fame.

Rick Parfitt, guitarist on Status Quo's "Pictures Of Matchstick Men" (#12-1968), died of complications from surgery Saturday (December 24) in Marbella, Spain. He had a severe infection following a fall that injured his shoulder. Rick and Frances Rossi formed the group in 1967 and, while they had only one top 40 hit in the U.S., charted with 22 top 10 tunes in the U.K.

A portion of Detroit's Milwaukee Avenue near his first childhood home was named "Stevie Wonder Avenue" in honor of the Motown singer Wednesday (December 21). The city's mayor was on hand for the honorary dedication and presented Stevie with the key to the city.

Geoffrey Mortimer, bass player and vocalist with the Hullabaloos ("I'm Gonna Love You Too" #56-1965) died Saturday (December 17) of cancer at his home in Hull, England. He was 71. The group, known for their long, dyed-blonde hair, were originally formed as Ricky Knight and the Crusaders after their original lead singer, but changed to a play-on-words of their home town. Produced by Americans Hugo and Luigi, they broke up in 1966.

The Rock 'n' Roll Hall of Fame announced its 2017 class of inductees Tuesday (December 20). Joan Baez, the Electric Light Orchestra, Yes and Journey will join Tupac Shakur and Pearl Jam in the Hall, with induction to take place April 7 in New York. While Chic did not make the cut, producer Nile Rodgers from the group will be given the Award for Musical Excellence. Lifetime Achievement honors will be given to Sly Stone, Jimmie Rodgers, Charlie Pride, Shirley Caesar, Ahmad Jamal, Nina Simone and the Velvet Underground.

The Broadway production of "Jersey Boys: The Story of the Four Seasons", will close January 15 after 11 years and 4,642 performances. It's the 12th longest-running musical in Broadway history.

Jim Lowe, the New York disk jockey also remembered for "The Green Door" (#1-1956), died Monday (December 12) at his home in East Hampton, Long Island, New York, after what was termed a long illness. The Springfield, Missouri-born Jim was 93. A graduate of the University of Missouri, he worked briefly in radio in Springfield, Indianapolis (WIRE) and Chicago (WMAQ) before moving to the Big Apple, where he was heard at various times on WCBS, WNEW and WNBC. He is also known for "Close The Door" (#27-1955) and his version of "Four Walls" (#15-1957). Jim retired from broadcasting in 2004 and served on the board of the Songwriters Hall of Fame. He was given a star on the Hollywood Walk of Fame in 1960.

Greg Lake, guitarist with King Crimson and Emerson, Lake & Palmer, died Wednesday (December 7) of cancer at the age of 69. Born in Poole, Dorset, England, he learned to play guitar at age 12 and, in 1969, formed King Crimson with his friend Roger Fripp. The group shot to fame with their classic album, "In The Court Of The Crimson King", but Greg was gone after their second album ("In The Wake Of Poseidon") a year later, having been approached by Keith Emerson to form ELP with Carl Palmer. Though primarily an album-oriented band (including the classics "Pictures At An Exhibition" and "Brain Salad Surgery"), they charted four times on the singles charts, as well, with staples like "Lucky Man" (#48-1971 and #51-1972) and "From The Beginning" (#39-1972)- with Greg producing most of their material. The group broke up in 1979 (having sold a reported 49 million records and earning 7 gold records) though Greg and Keith re-formed ELP with Cozy Powell in 2010. Greg is also remembered for his anti-Christmas tune "I Believe In Father Christmas" (#95) in 1975.

73 year-old Mick Jagger became a father for the 8th time Thursday (December 8) when his 29 year-old girlfriend gave birth to an unnamed baby boy. Mick also has five grandchildren and a great-grandchild.

59th Street in Chicago between Racine Avenue and May Street was honorarily named "Gene Chandler Duke of Earl Way" Saturday (December 3) after the city's native son.
Posted by Unknown at 12:00:00 AM