ALL LOST SOME...SOME LOST ALL - Hurricane Matthew Death Toll in the U.S. Climbs 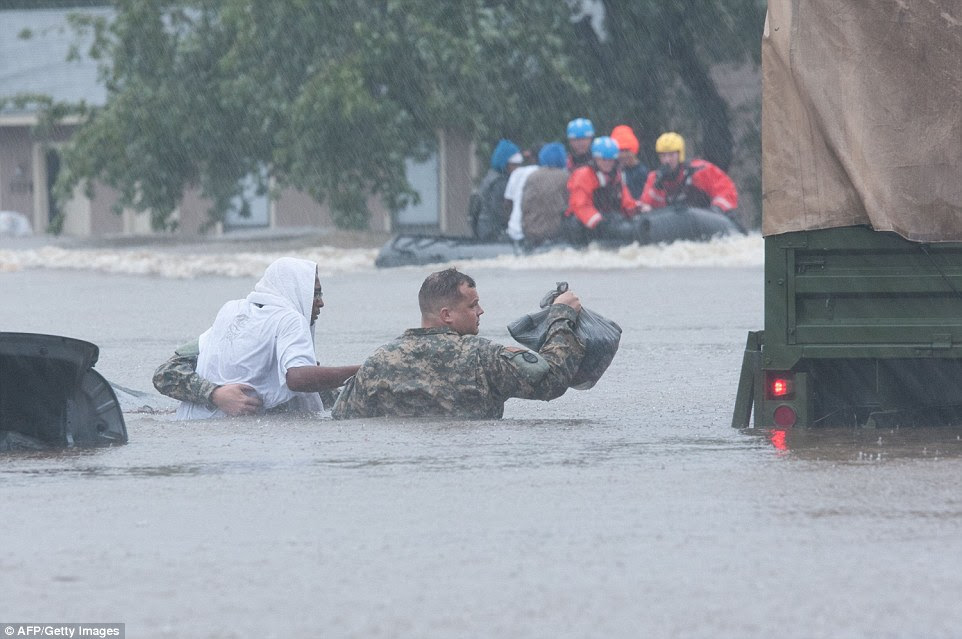 Hurricane Matthew battered the Southeast coast for four days before weakening and veering out over the Atlantic Ocean Sunday, leaving a trail of devastation with at least 28 dead, over 1 million homes and businesses without power today and billions of dollars in damage.
Matthew wreaked havoc in Florida, Georgia, South Carolina, North Carolina and Virginia before it was downgraded to a post-tropical cyclone Sunday as it headed east over the Atlantic.
The death toll spans all five states: at least 11 people were killed in North Carolina, nine people including a 9-year-old boy died in Florida, four died in Georgia, three were killed in South Carolina, and one died in Virginia.
The storm brought winds of up to 100 mph, as much as 15 inches of rain and powerful storm surges of up to 9 feet to some areas.
Millions of people's lives were disrupted, with the evacuation of more than 3 million coastal residents; the closing of hundreds of roads including parts of Interstate 95 -- a major East Coast artery; the halting of Amtrak service in the Southeast; the cancellation of thousands of airline flights.

South Carolina is the home of this web site, RememberRadio.net
We were lucky. We survived. However, the devastation is tremendous. Please give what you can to "Hurricane Matthew Relief", (Your donation is Tax-Deductible), by clicking on the 'Donate Button' located in the RIGHT Side Bar between Follow Us Via E-mail & the RSS Feed buttons.
Thank you for your prayers and 'Donation'.
Posted by Unknown at 9:06:00 AM