LAS VEGAS: Stevie Nicks to be the 1st Performer at the New Park Theater at Monte Carlo Resort & Casino 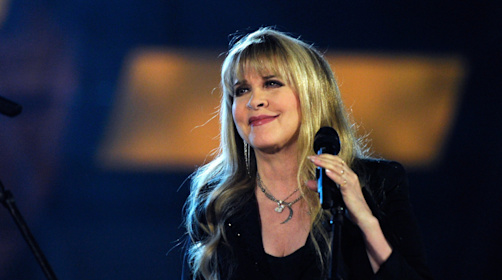 LAS VEGAS, Sept. 27, 2016 /PRNewswire/ -- Rock 'n' Roll legend and singer-songwriter Stevie Nicks will be the first artist to perform at the new Park Theater at Monte Carlo Resort and Casino when it opens its doors Saturday, Dec. 17. Nicks, joined by special guests The Pretenders, is scheduled to take the stage at 8 p.m. The multi-platinum selling artist is the first of many of the world's premier music talents who will be part of Park Theater's opening lineup. Additional artists and performance dates will be announced in the coming weeks.
"Stevie Nicks is a legend in the music industry and we are thrilled she will be the first to perform in our new Park Theater," said Richard Sturm, President of Entertainment for MGM Resorts International. "We have had the opportunity to host a number of Stevie's previous Las Vegas shows and we know she will give her fans another sensational performance in December."
Park Theater at Monte Carlo will blend classic contemporary design with cutting-edge technology, resulting in an intimate entertainment space customizable for every artist and event. Designed to provide each patron with the ultimate experience, the farthest seat from the stage will be only 145 feet, offering unparalleled views from anywhere within the theater. Featuring a first of its kind, 240-foot-wide immersive projection surface, 3D motion graphics, 80-foot-wide LED display with 4K resolution and more, Park Theater will be one of the most technologically advanced venues in the world.
Sturm added, "This new space is unlike any venue in the MGM Resorts portfolio. Guests will be wowed to see their favorite entertainers, like Stevie, in such an intimate environment with unbelievable sound and video capabilities. And, no guest should miss having a drink on one of our outdoor terraces overlooking the T-Mobile Arena and The Park, the city's newest outdoor dining and entertainment district."
Nicks, a multi-platinum selling artist dubbed "the reigning queen of Rock 'n' Roll" by Rolling Stone Magazine, has had six Top 10 albums and eight GRAMMY nominations.  Her 2014 album 24 Karat Gold – Songs From The Vault debuted at No. 7 on Billboard's Top 200 charts.  As a member of Fleetwood Mac, Nicks recently performed 122 sold-out shows around the world during 2014-2015.  Collectively as a solo artist and Fleetwood Mac band member, Nicks has sold more than 140 million albums and won several GRAMMYs.
Park Theater will serve as the gateway to the already vibrant entertainment district along the renowned Las Vegas Strip, complementing the recently opened T-Mobile Arena, the adjacent two-acre Toshiba Plaza and The Park. This new entertainment venue is the first step in the recently announced reimagination of Monte Carlo.  The transformation, taking place over the next two years, will include two distinct hotel experiences – a Las Vegas version of the Sydell Group's famed NoMad Hotel and the launch of a new luxury hotel named Park MGM. Each hotel will feature fully redesigned hotel guest rooms and innovative food & beverage offerings, highlighted by Eataly, a vibrant Italian marketplace with cafes, to-go counters and full-service restaurants interspersed with high-quality products from sustainable Italian and local producers.
Tickets start at $95, not including applicable services charges, and go on sale to the general public Monday, Oct. 3 at 10 a.m. PDT and can be purchased at parktheaterlv.com, ticketmaster.com or at any MGM Resorts International box office or Concierge desk. Tickets also can be purchased through the MGM Resorts Call Center at 866-740-7711. For more show and ticket information, visit parktheaterlv.com.
AMEX members will receive access to an exclusive pre-sale Thursday, Sept. 29 at 10 a.m. PDT to Sunday, Oct. 2 at 10 p.m. PDT. An M life Rewards pre-sale will run Saturday, Oct. 1 at 10 a.m. PDT to Sunday, Oct. 2 at 10 p.m. PDT. To join the M life Rewards program or for more information, visit mlife.com.
Posted by Unknown at 9:50:00 AM