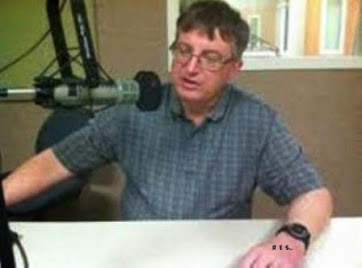 The Story Of Ron Ernie 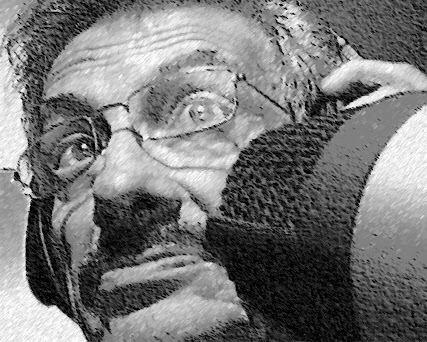 Ron Ernie was born somewhere in the post-World-War-II midwest in the back seat of a getaway car.  His parents had just pulled their first, last, and only bank heist. For poor little Ron it was all downhill from there.  While his parents were in prison for their bank job Ron was kept in a run-down foster home throughout the post war years, where he was forced to sell forged gas-ration coupons.  If he didn't sell enough coupons he didn't get to eat that day, so Ron learned early-on that in order to survive you have to sell, sell, sell, sell!
After their release from prison Ron's father became a used-car salesman in San Bernadino, California, and his mother continued her life of crime as a con-woman working with such notable east-coast crime figures as Joe "BagaDonuts"Sentello, and Stevie "Bagels" Koffowitz  His mother's cohorts  in crime would often hang around the Ernie household, waiting for their next caper, and spend hours teaching young Ron the craft of being a good con-Ronist.  Times were financially tough for the Ernie's and often the growing Ron had to subsist on a diet of only weak, rancid coffee for weeks at a time.  Thus he developed his manic manner and accelerated patter.
Having reached adulthood near Hollywood Ron had caught the acting bug, and was working his way up the tinsel-town ladder using a combination of guile, deceit, and his considerable talent as a con man.  He had just finished shooting the pilot episode of a new television series "My Mother Left Me The Day Before She Had Me!", when tragedy struck.  The police found Ron in bed with a well-known, but aged, Hollywood actress and arrested him on the spot for having sold phony stock options in a non-existent motion picture company to the very same actress's husband!  The ensuing scandel ruined any career Ron might have hoped for in Hollywood, and indeed he never worked in that town again! Ron Ernie finally became America's Most Wanted(by law enforcement) DJ.  (Also implicated in the phony stock scheme was his short job term manager, Jim "DirtBag"  Kutner, a Lab Courier Manager with a brownish nose!
After serving time in prison, and working as a host on various rigged radio shows (such as "Rock On Oldies!" and "Life In The Past Lane?") Ron ended up as host owner of "Remember Radio" where he seemed to make the best of a bad situation.  It's interesting to note that when he first began working at "Remember Radio," Ron changed his name to Honest Bernie Schlock, however when it became clear that he wasn't fooling anybody Ron went back to using his real name, Ron Ernie!

Thousands of intelligent good-looking readers To our readers at home ...

Easy Does It Radio

Join Us For The Breakfast Show. Every Morning From 6AM Till 10AM

Featuring Your 70's Rock, Pop, Soul Country and Disco Favorites! Home of the"Awesome Mix"- The Biggest Hits of the 70's and More

THE ORIGINAL BOSS OF THE BAY